Congratulations to all teams for participating in CySCA 2018.

Looking at the disassembly graph in BinaryNinja it became more obvious that this challenge was simply a reversing challenge and was solvable using angr. We spent ~1 hours following this rabbot hole, however we noticed that if it had just been an angr challenge, there wouldn’t have been a need to connect remotely to get the flag. 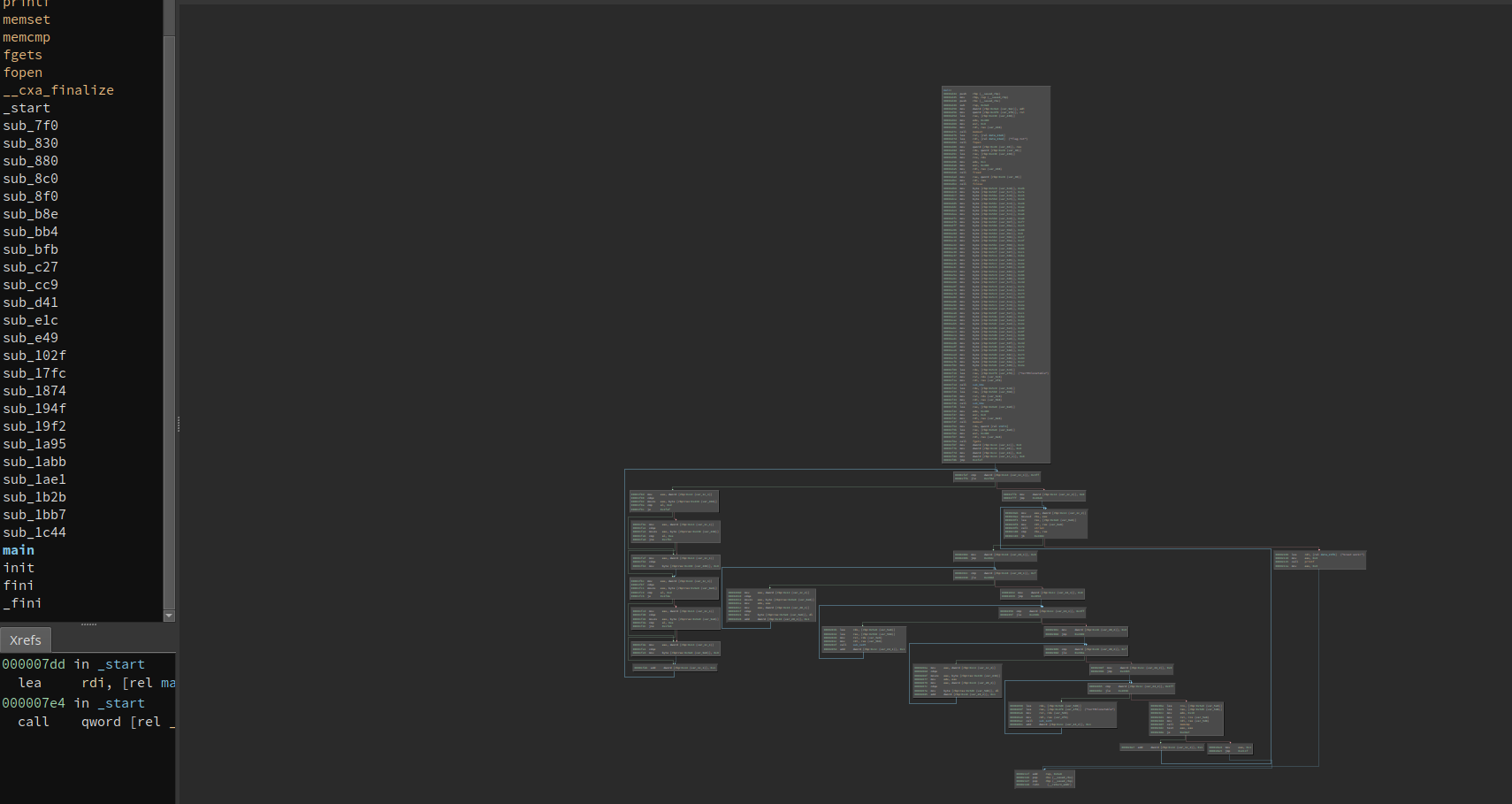 After reversing the binary it became more and more clear what was happening.

The program basically breaks down to the following

It compares two bytes of memory, and ends the program if they’re not equal, continues otherwise.

From this I had an idea of what was happening. My concept of the program was as follows:

Compares character by character if they are the same

If they aren’t the same exit

If they are the same (up to the length of our input) return “Great Work!”

From this information we can build a brute forcing script that tries 1 character at a time untilthe flag is complete.

Here is a simple python script that connects to the server, trying each character.